Next Crisis for Business: Consumer Credit

From The Big Picture: 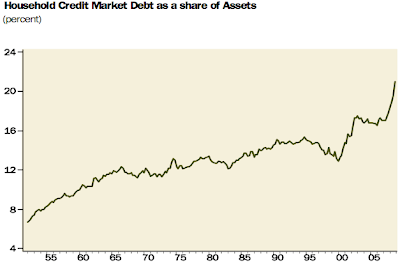 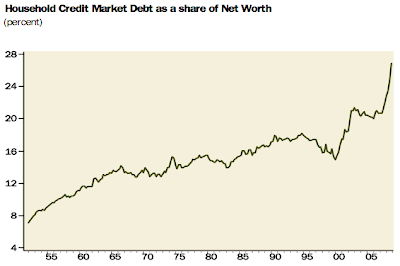 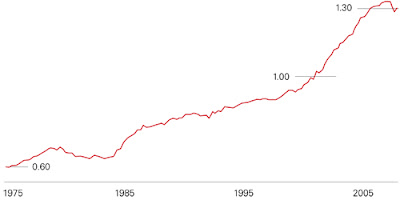 (Ratio of household debt to earnings.)

So the average American household OWES 20% of their assets, 28% of their net worth, and 130% of what they earn in an average year. That includes mortgages, student loans, auto loans, and credit card debt--everything.

This bubble--everything but mortgages-- actually has yet to pop, and when it does, all kinds of businesses will be affected, according to a great article by William Jarvis and Ian MacMillan in the HBR.

That's because most of the American economy depends on consumer spending. 68% of the entire economy, to be exact, up from 63% in the 1950s.

People are furiously trying to get out from under this debt. Savings rates have bounced from -0.5% to almost 6% in scarcely a year. Until they pay it off, the US economy can't recover. And after they pay it off, it's hard to see how we can go back to the spending rates the economy depended on before.
Posted by Anya at 2:41 PM

Is your business losing money because customers are unable to pay? This is where the Consumer Credit program for in-house payments comes in! This is a great benefit to customers since your customers’ payments are guaranteed by Consumer Credit. In addition, your clients will be able to get their needed services and pay for everything over an extended time period. The best part is that all of this takes about as much time as processing credit cards!