Community Colleges Get Some Respect 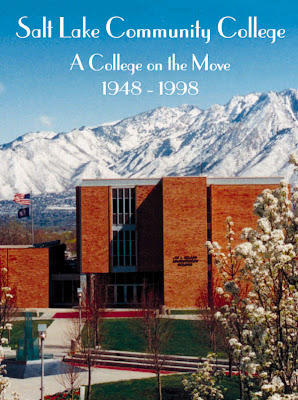 Obama's main man Rahm Emanuel hinted at a big announcement that's coming from the administration soon to get 5 million extra students through community college in the next 10 years. Mainly the new funding will go toward vocational programs, likely through the reauth of the Workforce Reinvestment Act.

Obama's administration has been unusually respectful of the role of community colleges. I had the pleasure of interviewing Martha Kanter last month at Foothill-De Anza Community College in Los Altos, CA where she is the chancellor. She is the Undersecretary of Education-nominee --the first person with a community college background to be tapped for such a high position in the Department of Education.

I've said it before, I'll say it again: community colleges are the big, important, unsung heroes of the higher ed system in the US. They educate half of high school graduates, 11.5 million students in all.
Their enrollment is going up as the economy and their funding is going down. CCSF in San Francisco is having to cancel 800 classes for the fall unless they can find private donors to sponsor them.

Others have expressed concerns that expanding the role of community colleges, particularly with an emphasis on vocational training, will lead to a further stratification of our higher education system by class. Ideally, you don't want poor kids--solely due to income, not aptitude or interest--tracked into institutions with fewer resources overall, weaker liberal arts programs, and no original research. Conversely, middle class and rich kids who attend the four-year privates and publics may be overpaying for useless perks and filler and missing out on economically sound, reality-based vocational skills. ( I went to Yale: one journalism course, zero in personal finance. More would have been useful.)

I think the answer is to break down barriers among institutions to allow disaggregation of the various benefits of higher education, sharing of best practices and access to the best knowledge and research available, for everyone.
Posted by Anya at 11:10 AM