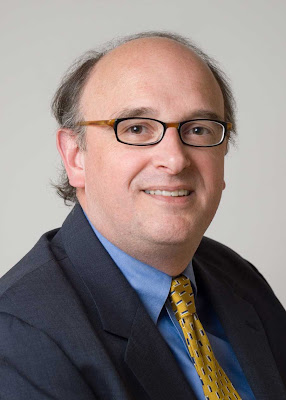 "If you guys are so concerned about saving money, why are you spending millions to defeat this bill?"

That doesn't make any sense. Besides, the Administration has spent millions to pass the bill.

"How can you claim that you'll preserve all those private-sector jobs and save "just as much" (not quite, $67 billion, vs. $80 billion) money at the same time? It's the subsidies that fund the jobs."

Clearly, you don't know how the program works--it's not the subsidies that fund the jobs. And the reason jobs and money can be saved is that the $76 billion (not $67 billion) is from the government earning a profit off of the loans.

You didn't know that, did you? The savings is all from government profit--the government borrows at 2 percent from the Chinese and lends it to middle class families at 6.8 and 7.8 percents.

c) The most laughable argument for keeping the lenders in business, by far, is "that students will forfeit the individualized service that private lenders are better able to offer."

Call a Historically Black College or community college and ask them if they agree with you.

I absolutely love and adore how bloodsuckers like Kevin Bruns oppose SAFRA on the basis that it "eliminates jobs in a period of high unemployment." About 35,000 according to the New York Times article.

Can you please get the 'Hypocrite of the Year' Award for that statement?

Did you ever stop to think how many thousands of careers are stagnant and/or sacrificed due to your predatory lending practices and collection abuses? You are literally costing students their livelihoods (i.e. jobs) when you are allowed to:
-deny refinancing plans
-charge outrageous fees and penalties
-enact wage, tax, social security, and disability garnishment
-withhold professional certifications

What will the future of employment look like in this country if a). student borrowers are prohibited from pursuing their desired creers (i.e. public service law) due to hugely burdensome debt
b). people are priced out of education because they can't afford your outrageous, exploitative loan terms?? What kind of jobs will be created with an UNEDUCATED population?

Good riddance to your industry's 35,000 employees. HELLO to an age where our youth can flourish in career development without burdensome debt.

Nobody is forcing anyone to take a loan. Students, parents, they all have the ability to just say no and not sign.

Oh wait, that might mean a student can't go to their first choice top-tier school because they can't afford it, or might require living within their means. Or, that the young aspiring artist/actor shouldn't be going to a school which costs $30,000 or $40,000 a year when they have a miniscule probability to earn that much in their entire life.

Hmmm...doesn't all of this sound exactly like the housing bubble? People being given loans just because they have a pulse, being able to get easy money, artificially creating demand for more expensive houses because someone was willing to give them the money? Well, this bubble is far worse because you can't walk away from these loans - and rightfully so. You can give back a house, it's an asset and securitizes the loan. An education - why should you be able to walk away from the loan that financed it? Because you can't get a job that can support the payments? Who's fault is that? The lender's? Escalating interest rates? So what - who signed up for a variable rate private student loan? No different than an ARM.

Until people get it through their heads that you shouldn't buy what you can't afford, schools are going to keep raising their prices so long as people keep bringing the money. Students and parents still have not gotten the message.

Credit is not only for the workers or the working population. There are different types of quick payday loans that will take you to their needs and situations. The loans for unemployed easy that this type of quick payday loans for unemployed is for those people who are not gainfully employed and in need of money. http://uk12monthloansnoguarantor.co.uk/quick-payday-loans.html

Hello Everybody,
My name is Mrs Sharon Sim. I live in Singapore and i am a happy woman today? and i told my self that any lender that rescue my family from our poor situation, i will refer any person that is looking for loan to him, he gave me happiness to me and my family, i was in need of a loan of S$250,000.00 to start my life all over as i am a single mother with 3 kids I met this honest and GOD fearing man loan lender that help me with a loan of S$250,000.00 SG. Dollar, he is a GOD fearing man, if you are in need of loan and you will pay back the loan please contact him tell him that is Mrs Sharon, that refer you to him. contact Dr Purva Pius,via email:(urgentloan22@gmail.com) Thank you.