What Does Obama Mean for Your Money? 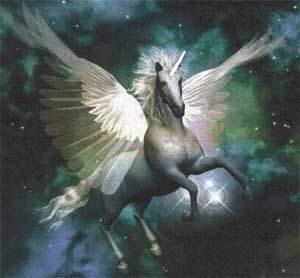 The new president's first task is to control expectations for his many supporters, especially among the millions of young people who turned out for him in record numbers.

No, President-Elect Obama won't fix the economy overnight. And you are not getting a jetpack. Or a unicorn.

Among his likely policy proposals, here's what stands out for me in terms of young people's economic future. Keep in mind that we're all in this together--and we're in it for the long haul.

Jobs & The Economy: As if to underscore that he can't forestall the recession single-handedly, stock markets fell today and yesterday. Although he may be able to speed a second economic stimulus package for things like food stamps and unemployment even before the inauguration, longer-term his ideas may be stymied by the downturn.

A very important, swift proposal to rebuild our economy and create jobs by investing in green energy & infrastructure is laid out in detail in the Green Recovery report from the Center for American Progress and similarly in the activist Van Jones' new book The Green Collar Economy: How One Solution Can Fix Our Two Biggest Problems. Even conservative economists like Martin Feldstein back the idea that major federal spending, and quickly, is exactly the ticket to rebound the economy--rather than stimulating it by cutting taxes. Tax cuts aren't that favorable to young people anyway since we tend to be lower earners. Better to take advantage of training programs that can place you in good green collar jobs.

Student loans and Credit Cards: With a stronger majority in Congress, and lots of momentum for reform, it's easy to see Democratic advocates like Carl Levin and Christopher Dodd taking advantage to re-regulate the credit markets, increasing transparency and disclosure on credit cards and limiting fees and marketing to college students. While Obama's planned $4000 refundable tuition tax credit may be delayed due to budget constraints, more generous repayment plans for student loans passed last year--the Public Service Loan Forgiveness and Income Contingent Repayment Programs are likely to be continued and maybe even expanded as the hit to the budget is not as immediate.

Health Care: Unfortunately, the economic squeeze may make it harder for an Obama administration to act swiftly in expanding health insurance coverage, a key pocketbook issue for young people. It's up to all of us to continue pushing him on this issue. Initial proposals that could cost less and cover more under-30-year olds would be to increase federal support of state insurance pools for lower-income single adults, and possibly to support more state laws that require insurance companies to cover young adults through their parents' employers; an imperfect solution but it does increase access.
Posted by Anya at 12:23 PM

Investing on the future is a start - going green looks to be a sound investment.

However, modifying the credit system is also a must in order to dig the country out of this mess and ensure that this recession (Donald Trump is actually saying we're headed to a depression) won't happen again.