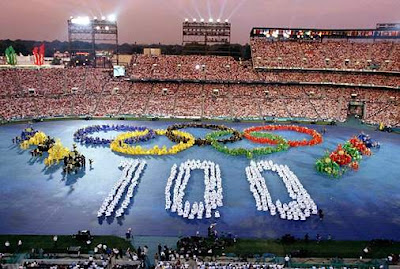 1) Military overstretch
2) Rise of other powers (see above)
3) "Third, and more important, the US squandered its economic and financial power by running reckless economic policies, especially its twin fiscal and current account deficits."
"By now the US is the biggest net borrower in the world – running current account deficits still in the 700 billion dollars range – and the biggest net debtor in the world with its foreign liabilities now over 2.5 trillion dollars."
"the last time the US was running large twin deficits in the 1980s the main financers of these deficits were the friends and allies of the US, i.e Japan, Germany and Europe as the US external deficit was against these economies. Today instead the economic powers financing the US twin deficits are the strategic rivals of the US – China and Russia – and unstable petro-states, i.e Saudi Arabia, the Gulf States and other shaky petro-states."
Posted by Anya at 7:42 AM

Roubini is an economic genius. Why then Anya are you trying to get the government to help with student loans, etc.? In this economic situation things are going to get worse, not better. In other words, if you aren't rich now, you never will be. Even doctors lose all their money through insurance protecting against legal suits.

You should argue for a new anti consumerist mindset. These young kids are not going to have the lifestyles that their parents had. You should try to make them come to peace with the coming collapse and find solace through friendships and frugal living.

America is going down... You guys keep squabbling over little stuff like who will pay for your healthcare? will we tax the rich 30% or 33%? Republican or Democrat? These arguments seem to dominate your legilative and executive energy. Meanwhile, you are borrowing $700 Billion a year to feed your oil addiction and doing almost nothing about it at the governmental level. Your "democratic" values are killing you. Actually it is your lobbyists that are killing you but you let it happen. The oil industry pays millions to lobby congress to keep their loopholes ans sweetheart deals and limits governmental encouragement of alternative energy. Are they doing this for the good of your country? No, they do it to reap record profits and make sure that it continues well into the century. If you had a real democracy you would be rid of these leeches and be well on your way to energy independence. Greater than 75% of all Americans support funding alternative energy as a future hedge against high energy prices yet at the federal level this isn't happening nearly as quickly as it could or should.

Your so called democracy is killing you. The few who have the ear of congress are telling them the opposite of what the general public wants.

Two things. the previous post from Avinash Padhmanabha is fairly laughable as people who have no idea what a democracy accuses us of not having one!LOL We have had a representative republic for 232 years now...you might try reading a little history!

Now to Anya. You spew all of the cliches that you were most likely taught in some Liberal school somewhere which is to be expected but most of it is wrong! I bet you would like to have your debt to income ratio at 4-5%? Thats were we are as a nation. The Change that you and Barrack are looking for is called FRANCE and ut didn't work....they now are heading towards a more conservative free market approach but they probably aren't teaching that anywhere huh?

I am well aware of what democracy is and that America has the oldest democracies in the world. The ideals were great in the beginning but you have strayed so far from those ideals that representative government is what is laughable. Like a frog that is slowly boiling in water you accept the erosions of your democracy little by little until one day you wake up and realize that you have no democracy left.

Do you really think that lobbyists who donate $500,000 to your local senator don't have more "access" than you do? If you do believe that, then you might be willing to buy a bridge in Brooklyn from me. You really show your naivete with these comments. I can't really take anyone who uses LOL in their comments seriously though.

I love the night life...I've got to boogie!!

"the previous post from Avinash Padhmanabha is fairly laughable as people who have no idea what a democracy accuses us of not having one!LOL We have had a representative republic for 232 years now...you might try reading a little history!"

I'm not sure that this is logically sound.... So you're saying that somone who comes from a country with a shorter democratic tradition is inherently less qualified to talk about democracy than a person who is from America, ostensibly because America has the older democracy. I don't want to take sides here, but this is simply very poor logic.

Carry this to its logical conclusion, you're saying that a political science professor from London can't lecture on democracy as well as a high school student from America because Great Britain's democracy isn't as old as America's. Can you see the fallacy in your logic now? Can you now see how stupid that statement was?

By the way India has a reasonably old democracy in its own right.

But you did not account for the fact that India was controlled by Eggland for ever, and they still came out stupid. The fact of the splatter is that the USA is using them just like we did Mexico, only the Indians are coming out of there somehow thinking this makes them smarter. That fact is clear is analash's attacks on America.

Also, Anya, your heart is in the right place, but you are not the smartest gal on the web. You did go to Yale, but a degree from Yale, post 1966 doesn't mean much, does it? The Ivy league has been dumbed down for a long time now, and it is essentially just a name. You should read, "In Plato's Cave." Check out Morris Berman, now he is an intellectual of the first degree. David Simon, the creator of the HBO show "The Wire", summed up the current situation very well. The gist is this: The American Empire is collapsing. There is no stopping it now. The question now is what final (dismal) form it will take. If you want to see and feel the world as it will be just go to Southside of Chicago, or innercity Baltimore. This will be the fate of the majority of people. (ie. if you aren't rich already, good luck) The post industrial society simply doesn't need that many workers, and the literate workers are more likely to be found abroad. The end.

You and George Bush are both Yale grads. I can see the place hasn't changed much. I did work with a Yale grad once. Poor incompetent soul, I had to fire him.